Just came across this account of three months spent bartending in the outback of Western Australia last year and thought it might make a fun post.

I managed to find a job that fit all the requirements as a motel all-rounder in a teeny-weeny mining town that could hardly have been more middle-of-nowhere, and spent 89 days there last summer (Australian winter, but still hot).

It was slightly hellish at the time, but looking back it seems almost like a pleasant idyll, because from my present perspective anything done while feeling strong appears both doable and exciting. I got especially strong during those three months from all the hard work, and I would love to be as strong again before too long as I was at the end of those three months!

In any case it was worth it because the money I saved working in Western Australia funded me for two trips to Melbourne, a month traveling in Malaysia and Indonesia, and a return to the US. I also have my second year visa now, and until February 9th to enter Australia and begin it, so fingers crossed by then this health crisis is a thing of the past and I can cash in on my hard-earned second year.

Anyway, here’s an account of those three months in the outback, written in July 2017 in the airport in Perth while waiting for my flight back to Melbourne…

I’ve finished/escaped from my three month exile in the outback! I’m currently fizzy with freedom and inordinately excited to see a tram, get an uber, eat a falafel. I’ve already consumed multiple cappuccinos, a muffin, and a meal of Asian food, all of which tasted gloriously unlike the restaurant kitchen I’ve eaten every single meal out of for the past three months. It’s doing surreal things to my brain to see face after face and recognize none of them. Perth is the most isolated city in the world, and I’ve spent the last three months in Meekatharra–a thirteen hour bus ride from Perth. Meeka is a flyspeck outback mining town with two pubs, one shop, 800 people, and no traffic lights.

My outback mornings were spent six days a week waking up at 7:00am to clean the bar and guest rooms of Meekatharra’s Commercial Hotel. This involved making beds (I probably made a bed more times in the first week alone than I had in the entirety of my previous thirty non-bed-making years), cleaning bathrooms, more vacuuming than I thought the entire rest of my life would contain, occasionally scoring left-behind beer, occasionally encountering nasty surprises.

Housekeeping actually became my favorite work partly because it involved 0% dealing with people, but mostly because I put on cordless earphones and listened to what must have amounted to hundreds of hours of podcasts. While a small portion of my brain was stuffing pillows into cases and endlessly vacuuming, I was learning things I never knew about politics, science, sex, astronomy, Australian wildlife, culture, art, the lives of the most amazing people, history, jellyfish, Hitler’s drug habit. Sometimes I was laughing out loud and sometimes I was trying to pretend I wasn’t crying while scrubbing out a shower.

As an all-rounder I also spent time in the kitchen making salads and garlic bread and trying to keep the chef on track while he (like most chefs, I’m told) had minor meltdowns and tantrums and chucked the occasional chicken parmigiana across the room. I, or the other backpacker, also washed all the dishes every night, and I mean ALL the dishes: every plate, knife, and fork used in the bar, every bowl, ladle, plastic container and pot used in the kitchen. By hand. In a normal sink. With a normal sponge. There wasn’t even a sprayer function on the faucet. At first this seemed to border insanity but it quickly became habit and I don’t think I will ever be fazed by a mountain of dishes again. I also now have no fingerprints, weirdly, from all the scrubbing and scouring, and have had to disable the fingerprint recognition on my phone. 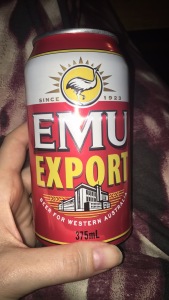 Of course the majority of my working hours were spent at the bar, often the only female in sight for hours on end. I’ve cracked untold cans and bottles of indistinguishable mid-strength lagers, but each regular (and they were pretty much all regulars) had his own drink of choice that we had to quickly learn. It made me laugh when people, on multiple occasions, said something like “You know Liam? Young guy, wears a hi-vis?” Or “Old guy, with a beard?” The inquirers were always serious, somehow not realizing that I could probably count on my fingers the number of people I’d served in the past three months who could not be described in one of those two ways. Well, to be fair, some of the customers were middle-aged men with beards, wearing hi-vis.

I’ve listened to stories about chasing emus on motorbikes, mustering cattle in helicopters, prospecting for gold, encountering snakes in terrifying places. Stories from a miner about playing candy crush on his phone while remote-driving a truck, occasionally looking up to see the truck trying helplessly to drive through a wall somewhere miles underground and far away. From an old aboriginal man forced to speak English when white people were around while he was growing up, and who made lewd jokes and told me tricks for getting the best emu eggs. Stories about the bar in its apparent glory days in the 80s when white male privilege ran rampant and there were titties to be seen and shots to be had at any hour of the day or night. I’ve heard literally the most racist and sexist things of my life, at least spoken aloud in my presence and not just reported. Literally. To the point of not wanting to type and repeat them, but let’s just say the words Hitler, Jews, Australia, and brown can be arranged in a sentence in a way that can leave me utterly speechless. 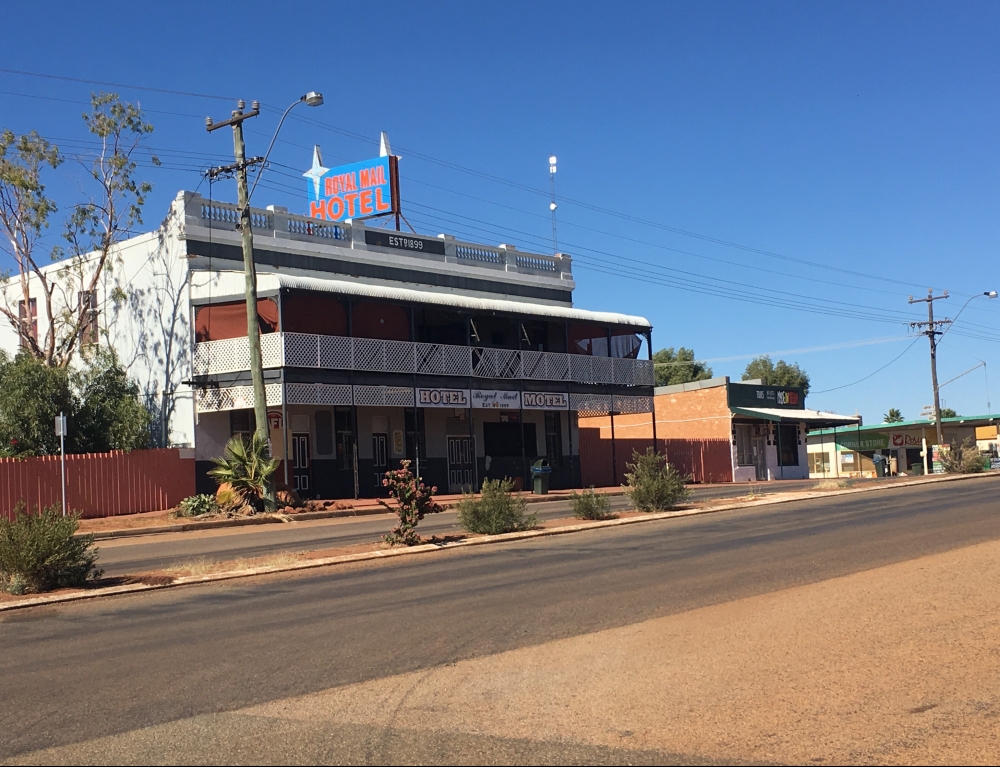 The Royal Mail, Meeka’s other pub

I’ve had the “where are you from, what are you doing here, what are your plans” conversation a minimum of three times a day moving up to probably a dozen, every single goddamned day, and I’ve moved through all the phases that come with such repetition: trying to actually interest myself and my interlocutors in the conversation, trying not to scream at the 9,000threpetition of it, starting to make random shit up because I had zero fucks left, finally just turning my brain off and trotting out the script with a half-dead smile.

Despite hours of discomfort and tedium bartending, some really excellent people and conversations also stand out in my memory, and some of the Meeka locals are wonderful people. In addition to stories I’ve been gifted a piece of meteorite someone found and polished himself, a florin coin minted in Melbourne in 1917 (exactly one hundred years ago) that a bar regular found while out prospecting in the bush, a complete set of pre-decimal Australian coins, and a gorgeous tiny gold nugget shaped like a butterfly. And as far as exercises in participant-observer anthropology go, the past three months have been my own veritable goldmine.

Apart from working nearly nonstop, I’ve also managed to edit most of the first two sections of my latest novel and would have done more if it weren’t for my near constant desire to nap thanks to gnarly split shifts and exactly one full day off every two weeks.

If I’d had more time off I would have loved the opportunity to see more of the bush, which is actually incredibly beautiful. The ground is reddish orange from a high iron content and I don’t know if it’s dust or the reflection but it makes the clouds in the blue blue sky quite pink. From the long hotel balcony out front I’ve watched the most incredible sunsets of my life. Everywhere there are desert-scented plants and little birds and I think there were some really beautiful places around Meeka that I simply did not have the time or energy to see. Though my biggest regret of my time there is definitely never running into an emu.

I hated the food. The chef was quite good, in fairness, and I have some fond memories of him like randomly sitting out together on the balcony late one night drinking lager and watching a full moon rise while he told me ghost stories, but I don’t eat steak and right now I never want to taste another piece of chicken, another french fry, or another slice of the Western Australia equivalent of Wonder Bread, as long as I live. It’s a toss up whether teaching at Russian summer camp with its meals of mystery meat and plain noodles or this outback hotel was a better inadvertent diet for me, (both made me drop a clothing size), but in Meekatharra there was nowhere to buy new pants. But hands down if I had to choose between managing a room of drunken, sexist white men for hours on end or controlling a handful of Russian teens I’d take the bartending every time. 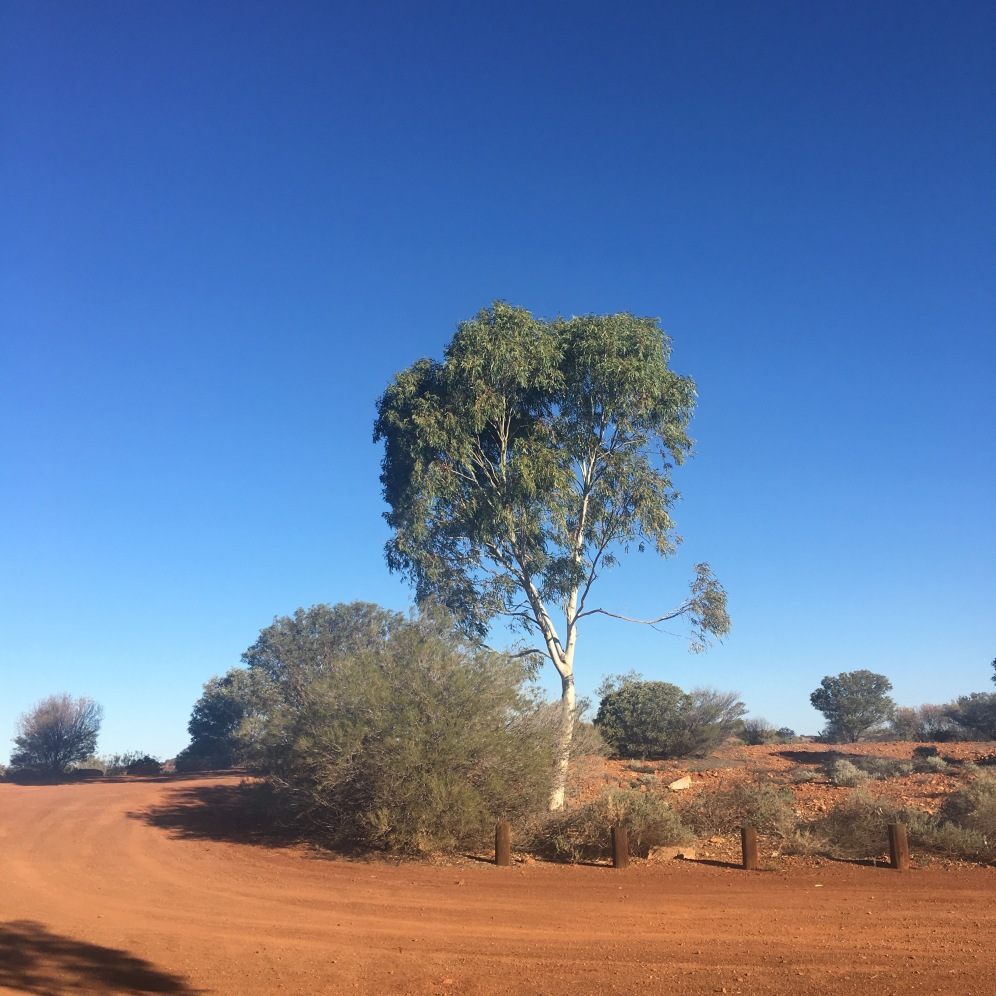